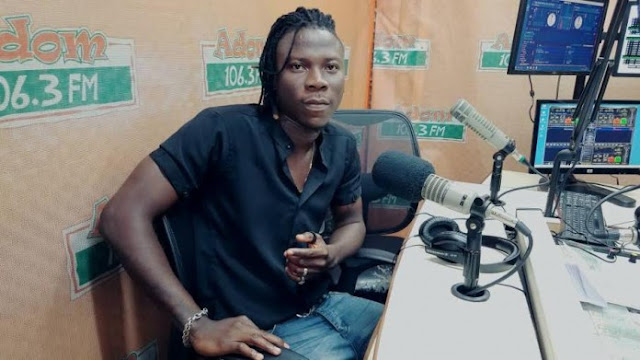 Ghanaian dancehall musician, Stonebwoy, has revealed that there is nothing in his possession that needs to be returned to Zylofon Media.
His comment follows an altercation between himself and Nana Asiama Hanson, popularly known as Bulldog, at Paloma Hotel on March 10, 2018.

Speaking with MzGee on JoyNews, he stated that he believes he was justified in firing the gun at the hotel, as he felt threatened during the incident.
According to him, the scuffle at Champs Bar at Paloma Hotel was an unfortunate event, but he has decided to forgive the perpetrators and move on in life. “These things are unfortunate, but at the end of the day, it only makes us stronger.”, he added.
On the question of whether he was still associated with Zylofon Media, he stated that “I may not want to go there but one thing I want to say is that there are developments and I have never come out to mention any contractual clause whatsoever, but there’s a development. Ghana will hear it, but it’s for peace, calmness, growth and progress.”
He however stated that the Hyundai Sonata vehicle was given to him by the record label as part of the sign-on package, and for that reason, he has no intention of returning it.

Gay Man Divorces Husband On Wedding Night Because Of His...
Be Cautious Of People Who Come Around You When You’re...
Loading...