Dancehall artiste, Charles Nii Armah Mensah Jnr, popularly known as Shatta Wale celebrates his birthday today, October 17, and he has a request for President John Dramani Mahama and Nana Akufo-Addo.
The self-acclaimed dancehall king in a tweet Sunday said: “Nana Akufo-Addo and President Mahama please tomorrow is my birthday so am waiting for my land cruiser and Envelope … pleasseee”.
The musicians birthday request follows rumour and allegations that the NDC leader, is noted for giving 4×4 vehicles to celebrates who have endorsed his [Mahama] candidature to be president, whiles Nana Addo is also said to be giving out big fat envelopes to celebrities who have endorsed him.
The “Kakai” hitmaker has openly denied and refused to endorse the presidential candidates ahead of the December polls unlike other celebrities.
Meanwhile, the two presidential candidates have been using some of the hit songs of the musical on their rally platforms. Mahama is to “Mahama Paper” as Nana Addo is to “ Kakai”
Also, the thousands of followers of the artiste on social media have wished arguably Ghana’s biggest star in the last five years a Happy Birthday
Nana akuffo addo and presidhttps://mobile.twitter.com/shattawalegh/status/787623887236464640?ref_src=twsrc%5Etfw 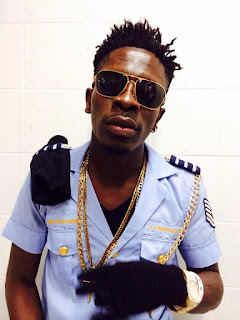 Throwback: I got zero votes where my pastor voted –...