Hassan Ayariga is like that mysterious villain in a movie who pops up at certain times to fulfil an agenda and this time around he’s decided to come hard at Nana Akuffo Addo, flagbearer of the opposition Npp. It would be recalled that some few days ago, Ayariga threw shots at Nana Addo, saying that he still lives in his father’s house at the age of 72, when he made his first milion dollars at the age of 24.
Ayariga has again said that he will not stop attacking the flagbearer of the NPP because Nana Addo is not God. Ayariga posited that Nana Addo is a mere human being and hence finds it difficult to understand why supporters of the NPP ‘worship’ him and cannot accept constructive criticism of their leader.
Mr Ayariga said: ‘‘I made my first $1million at the age of 24 without working with any government. I have never been in a government position; I have never worked as a Minister for you to say I have stolen government money. I built my first house at the age of 22…; at age 72, my senior and my father, Nana Akufo-Addo, is still living in his father’s house. At this age 72, I would have retired from politics and been advising young men of this country to move this country forward and not contest with them anymore.”
His comments received a backlash from supporters of the NPP who condemned the APC leader for descending too low in his politicking.
But speaking on the matter on Class FM Wednesday Hassan Ayariga stated that if Nana feels free to attack other politicians including President Mahama, then nothing stops him (Ayariga) from attacking Nana Akufo Addo.
“They think their Nana Addo is God…look, he’s nobody, he’s not God. I want the NPP to know that if Nana Addo was what they think he is, he would have won elections for them, he’s nobody, he’s an ordinary human being. Nana Addo is not an exception, he insults President Mahama everyday nobody says anything.”
He added: “I’m a politician, whether you like it or not I have achieved a lot for myself…I’m not a beggar. I’m not begging to be President…not at all. I will never go anywhere and say I beg you try me, If you want, try me if you want reject me, I am who I am. I just want to help transform peoples lives. I have the opportunity to transform my life and I think Ghanaians deserve that.” 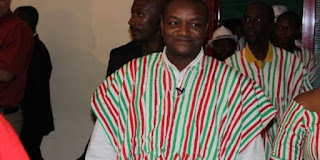