It’s obvious that fans of dancehall king Shatta Wale will definitely go hard on anyone who will make any statement to undermine their ‘king’.
Bulldog took to his facebook wall few hours ago to hail Stonebwoy Burninton on his new collaboration with American superstar Trey Songz and it seems Shatta’s fans have been offended by the post which has caused some rage in the comments session below his post.
Some asked why he never talked about Shatta’s sold-out show in London and his collaborations with other Jamaican artistes thus,they believe it’s pure hatred and jealousy that he has for Shatta.
Here is Bulldog’s post and some of the comments: 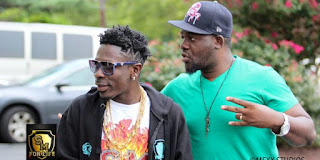 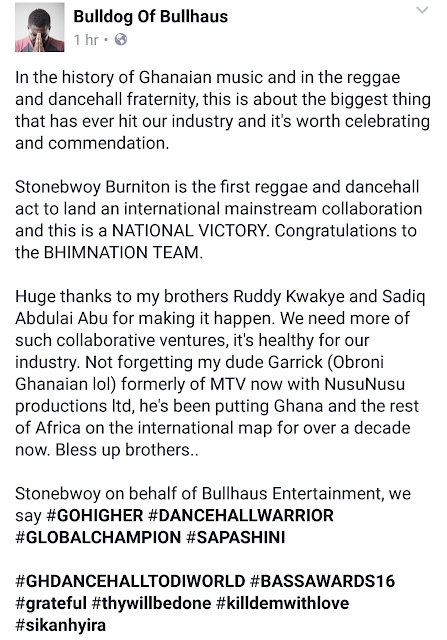 A Popular Sakawa Boy in Accra Nana Wan confesses How...

“Who Is Agya Koo? I Have Never Heard Of Him”-Politician
Loading...