Months after releasing ‘god MC’ which many music lovers asserted was an attack on Sarkodie, hip pop artiste, M.anifest has disclosed that the song was indeed a reply to the BET award-winning artiste’s ’Bossy’ because his signature was used to punctuate it.
Sarkodie and M.anifest were at each other’s throat lyrically which did not pass under the social media radar. The feud became the topic for discussion on all entertainment talk shows as pundits sought to ascertain the cause, relevance and a possible solution.
It became heated when Sarkodie swiftly unleashed ‘Kanta’ as a reply to M.anifest’s ‘god MC’.
Speaking to Benard Avle on the Citi Breakfast Show, Friday, M.anifest said he could not fathom why Sarkodie would take a swipe at most rappers on ‘Bossy’ and end the verse with his [M.anifest] signature.
To him, Sarkodie drew the first blood with the famous, “Uh, Manifest mesrɛ wo lemme just Use your dot dot dot to dot to end this verse”
“I think if you make a song pretty much disparaging other rappers and use another rapper’s slogan to punctuate the song, somebody can look at it as disrespectful. ’Bossy’ was sort of disparaging other rappers which is fine. It’s everybody’s prerogative to state their claim but I was used to punctuate it and I felt I had something to say to the matter,”he said.
Abrantepa.com at the time reported that boss of The Last Two Music Group, Da’ Hammer described the lyrical battle as a “classic misunderstanding”.
Hammer indicated that M.anifest misunderstood Sarkodie’s recognition of him on the song to be a jab and was sure the issue would be resolved in no time.
“It was a clear issue of misunderstanding. M.anifest got the ‘bossy’ song wrong. I think he saw it as an attack on him. Everybody saw it as a way Sarkodie showed him respect. Unfortunately, he saw it as a disrespectful song. It is not a proper beef. It was just an issue of misunderstanding. And I’m sure they will resolve it,” he said on Pluzz FM’s AM Pluzz.
Source
abrantepa.com 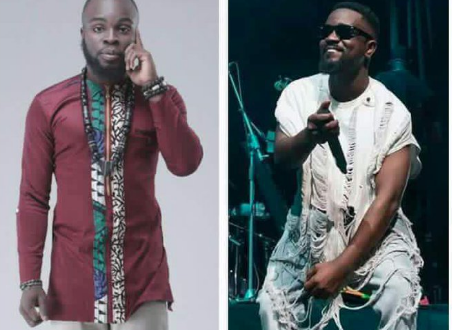 THE BEST FASHION EXISTING IN AFRICA THAT MANY OF US...
Loading...